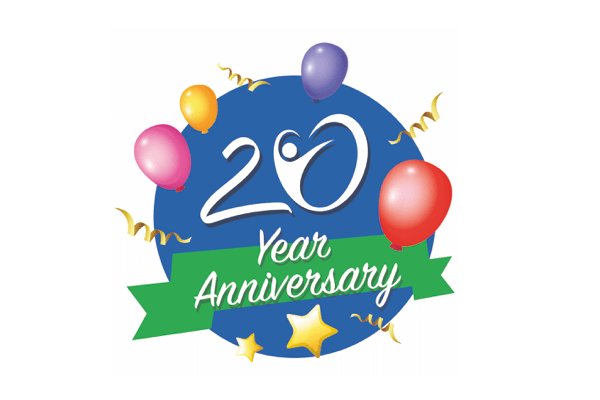 In 2020, we’re proudly celebrating 20 years of caring for our local community. Karen Robinson, clinic founder and registered osteopath, explains her passion behind establishing Shefford Osteopathic Clinic and how she started it all…

How did we start?

“It was the year 2000 when it all began. We started the year coming into a new millennium, amidst fear of the millennium bug causing huge disruption to computers and the ‘River of Fire’ firework display on the Thames being deemed a flop.  It was the year when reality TV started, Friends Reunited was launched and the Internet was still in its infancy, Concorde crashed, the first crew went to the International Space station and mobile phones were just that – phones.

“It was also the year that Shefford Osteopathic Clinic opened.”

What were you doing before osteopathy? Why did you decide to train as an osteopath?  What inspired you?

“I didn’t know what I wanted to do at 18 when I left school (1989). I had been working at Newport Pagnell service area for the past two years during weekends and holidays in the catering department.  I successfully applied for a job in the commercial department of head office for the Trusthouse Forte Group for Motorway Services, based at Newport Pagnell.

“I remained there for a year or so before moving back onto the site as retail buyer for the 2 shops and 2 forecourt shops which I thoroughly enjoyed. I did consider staying in that environment, working up to commercial manager and then general manager of a site, but when working in a larger organisation like that, ultimately you are just a number on a payroll and I wanted more.

“During this time, I also trained and worked in the evenings as a fitness instructor and took my massage qualifications. I looked at what I wanted long term. Ideally, this was a profession that would allow me to take time out for a family but provide an income as raising a family on one wage would be challenging.

“Mum was a midwife so I had grown up in a healthcare household. A couple of friends had bad backs and saw an osteopath. I looked into it and it seemed to tick all my boxes of being able to learn, flexible working hours, challenging, and most importantly working and helping people. I applied and got a grant to go and study – which I did in 1993 – at The European School of Osteopathy.”

Why did you choose Shefford as a location?

“I’d been coming to Shefford from the early 1990’s as my cousin used to live in Clifton. You may remember him – Steve Wilson – also known as The Pheasant Plucker: he used to sing in the local pubs. I especially remember the pram races. Steve and his friend Colin would make the prams and run in the race for Banks and Taylor brewery. Who remembers the black bat, dragon slayer and lastly a teapot?

“I used to live in Shefford whilst I was training, so when I qualified it was always on my radar as a place to set up a clinic.

“I didn’t want to set up in competition with any other osteopaths, as we should support our colleagues. I wanted to offer my services somewhere which didn’t already have an osteopath. I think people should have easy access to care and treatment, which includes being able to get there and park easily. At that time the nearest clinics were Hitchin, Bedford, Letchworth and Biggleswade.

“I called Stephen Hing and asked if he had a room I could rent – and the rest is history!”

Have you always worked with other people?

“Initially I worked on my own at Shefford – but the team at Hing Opticians were always there. Before setting up Shefford Osteopathic Clinic I worked in four other clinics, both part as a team and also on my own when I took over maternity cover.”

How long have you been in Clifton Road?

“The clinic has always been here – room one was where it all started.”

How long was your osteopathy training?

“My training was for four years, full time. This meant 36 weeks a year, 5 days a week and lessons from 9.30am to 5.30pm. During the last two years we were in clinic. During the holidays I was in clinic full time.  When I started my course it was for a Diploma in Osteopathy, but this changed halfway through to become a Bachelor of Science Honors Degree in Osteopathy.

“Since graduating, I regularly update my skills and understanding of the human body and mind. As part of being a registered osteopath I need to submit my continuing professional development and do a minimum of 30 hours a year. I regularly do over 100 hours.”

What do you remember most about starting SOC?

“The things I remember the most are excitement that I would be helping local people with their health, being nervous and not sure it would work and be supported by the community.“

So now you know more about the roots of Shefford Osteopathic Clinic!  Look out for our ongoing series of articles as we move through 2020 celebrating our 20th anniversary!