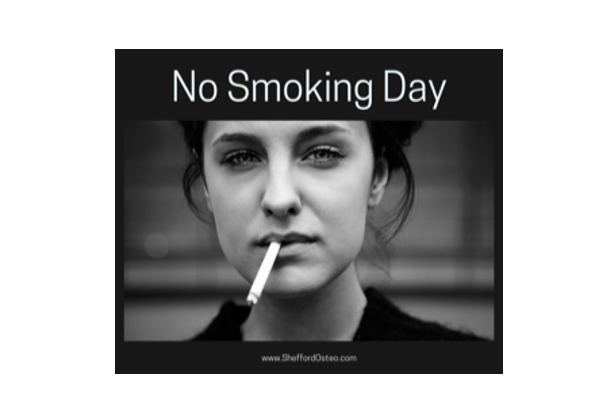 Stopping smoking is one of the best things you will ever do for your health.

National No Smoking Day is an awareness campaign that:

Research has found that smoking is one of the biggest causes of death and illness in the UK and Ireland. Over 80,000 deaths are reported each year.

Those who smoke put themselves at a much higher risk of developing cancer in their lungs, mouth, throat, bladder and liver, among other parts of the body.

Smoking also damages your heart and your blood circulation, increasing your risk of developing conditions such as coronary heart disease, heart attacks and strokes.

Smoking doesn’t just affect the health of the smoker; it can also have the same negative effects on those breathing in the second-hand smoke. This is often known as passive smoking.

When you quit this is what happens:

The article was written by Karen Robinson our Clinic Director