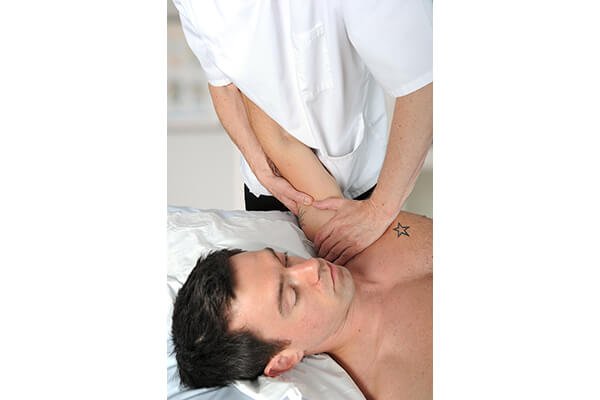 A 35 year old man came to Shefford Osteopathic Clinic complaining of a dull ache in his right shoulder/upper arm (around the bicep area).

He assumed that he had just strained or pulled a muscle in his arm (while painting) and that it would get better over time.  However the pain seemed to intensify over the two weeks and there was no sign of it healing.

On examination of the patient, tension was found in the muscles of his right arm and shoulder, and his neck movement was noticeably affected. On further detailed examination it was found that a nerve in the gentleman’s neck had become trapped and because the nerve travels from the neck down to the bicep area, the arm was where the main discomfort was being felt.

With treatment to the neck to release the pressure on the nerve, and some gentle massage to the shoulder and arm, the symptoms quickly began to disappear.

This patient was a fine example of how, while you may feel that the problem lies where the most pain/discomfort is felt, this is not always the case, and the root cause of the problem may actually lie somewhere else. Symptoms may take longer than normal to resolve if the root problem is not treated.