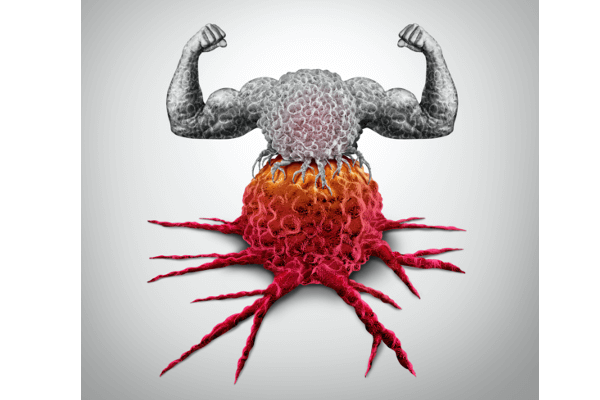 At every moment in our lives, we are exposed to many potential threats – from foods, air, water, dust, pollens, drugs and microbes (bacteria and viruses).

The immune system is what keeps us healthy and just like our heart is constantly beating, we are constantly breathing, our food is constantly being digested – it is always working, often without producing any noticeable symptoms.

The most important function of our immune system is to distinguish “self” from “non-self” – what is me and what is not me. It is constantly looking out for invaders and then it decides whether to expel them, destroy and remove them, or segregate them in order to lessen their harmful impact on the body.  It is also looking for dead and faulty cells that are ours – such as cancer and damaged or worn out cells.

The immune system is a vast network spread throughout the body and it comprises many types of cells, organs, proteins and tissues.

The lymphatic system plays an integral role, especially the lymph nodes, spleen, thymus and bone marrow – and it is through this system that the white blood cells are made, stored and transported around the body.

White blood cells, called leukocytes, are really important.  They are what look for cells that are either foreign (pathogens) or damaged.  When they find a target they will multiply and send signals out to other cell types to do the same.

These cells surround and absorb pathogens and break them down, effectively eating them. There are several types, including:

Lymphocytes help the body to remember previous invaders and recognise them if they come back to attack again.

Lymphocytes begin their life in bone marrow. Some stay in the marrow and develop into B lymphocytes (B cells), others head to the thymus and become T lymphocytes (T cells). These two cell types have different roles:

The immune system can be thought of in two ways: innate immunity and adaptive immunity.

This type of immunity is what we are born with and it mainly consists of barriers on and in the body that keep foreign threats out.  This includes our skin, stomach acid, enzymes found in tears and skin oils, mucus and the cough reflex.  We also have chemical components such as interferon and interleukin-1.

This immunity is non-specific, which means that it doesn’t protect against specific threats.

Adaptive or acquired immunity targets specific threats to the body.  The threat must be processed and recognised by the body, and then the immune system creates antibodies specifically designed to the threat.  After the threat is neutralised, the adaptive system ‘remembers’ it, which makes future response to the same germ more efficient.

The adaptive immune system consists of two main classes of leukocytes (white blood cells) called B-cells and T-cells. B-cells are responsible for the secretion of antibodies specific to foreign antigens. T-cells are responsible both for activating B-cells (T-helper cells) and for killing pathogens/pathogen infected host cells (T-killer cells). This branch of the immune system is adaptive, and there are several different processes that need to happen to mature immune cells which then make them highly specific to antigens encountered on pathogens and subsequently presented by the innate immune system.

Our adaptive immunity is continually developing throughout our lives, as we come into contact with the various germs that are constantly around us.  It is also through adaptive immunity that vaccines work.  We will explore what this means for us practically in the next blog.

This article is written by Karen Robinson, our Clinical Director.