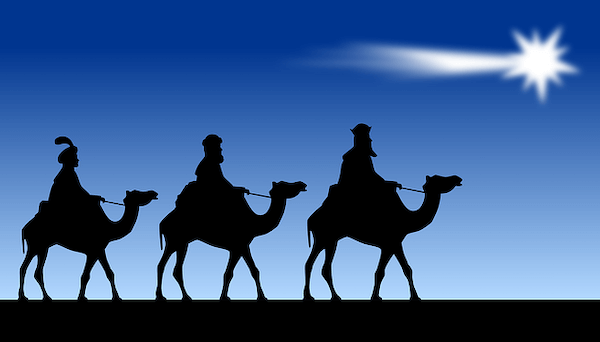 The three wise men brought gold, frankincense and myrrh as gifts, and it seems that they knew a thing or two.

Gold is the first metal ever known to man. It was revered from the earliest times, as precious. Golden items already existed in the 5-4 millennium BC.

We all know its monetary wealth, but did you know it is used in medicine both for diagnostic procedures and medical treatments?

Gold is an all-natural mineral that is non-toxic and exhibits no interaction with other drugs and is easily tolerated by the body.

We are familiar of the use of gold in dentistry but it is also used in other ways.

Frankincense, also known as olibanum, is sap that is drawn from the boswellia sacra tree.  This resin has long been valued as a highly prized incense and has been used in cultural and religious ceremonies for thousands of years.

Frankincense has a woody, spicy smell and can be inhaled, absorbed through the skin, steeped into a tea or taken as a supplement.

Frankincense has potent anti-inflammatory actions so therefore may be used for conditions such as osteoarthritis, rheumatoid arthritis, asthma and inflammatory bowel disease.  It may also be helpful in oral health with its antibacterial properties and may help prevent ad breathe toothache and cavities.

It is also thought that the boswellic acid it contains may help fight cancers such as breast, prostate, pancreatic, skin and colon cancer

It must not be used in pregnancy.

As it may irritate the gut, it is best taken on a full stomach.  It also combines well with other anti-inflammatory herbs such as ginger and turmeric.  Before taking any herbal medicine, please make sure that you speak to a qualified medical herbalist.

Myrrh is sap that is drawn from the Commiphora moll tree.  This is a popular ingredient in incense and perfume. In ancient Egypt it was used as a key ingredient in the embalming process as it helped to slow the decay as well as provide a nice smell.

In herbal medicine it is commonly used as a mouthwash to treat sore throats, mouth ulcers and infections of the teeth and gums due to its antibacterial action.  It may also be used to treat respiratory problems such as asthma and bronchial infections resulting from cold and flu viruses.

It is thought that molecules in myrrh act on the brains opioid receptors which explain its painkilling action.

Externally it can be applied onto boils, sores, abrasions and varicose veins where it helps to reduce inflammation, pain and fight infection.  You may find it in natural ointments and soaps as well as adding a few drops to your bath.

Myrrh is usually available as an essential oil, which should not be used internally.  Tincture of myrrh is the form used for medicinal purposes and can be dispensed by a qualified medical herbalist.

Myrrh should not be taken if pregnant, those on warfarin or taking drugs for diabetes.

This article was written by Karen Robinson, our Clinical Director.